Skim milk does not do a body good

In the early 80s through the late 90s people really started to abandon whole milk in droves and instead switched over to a very watered-down skim milk that was a lot closer to water than anything else – and many of them did so to take advantage of the suppose it health benefits that skim milk brought to the table. 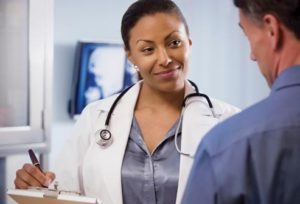 Unfortunately, new research shows that those people that switched to skim milk were making a major mistake and were actually missing out on some pretty significant and beneficial health benefits that they would have been able to enjoy if they were drinking whole milk.

Today though, thanks to medical research published in the Circulation medical journal, a three decade-long research project has finally given answers to the long-term impact of whole milk versus skim milk – and the answers are pretty shocking.

According to this research (conducted over three decades and involving 3000+ adult subjects) people that consume whole milk and full fat yogurt – and cheese, real cheese – are 46% less likely to develop diabetes in their lifetime and those that consume skim milk.

Why is whole milk so beneficial?

There are a lot of different theories behind why whole milk is so much more beneficial than skim milk, but the majority of researchers believe that it’s a combination of multiple factors that come together to create a perfect storm of conditions.

For starters, whole milk has a considerable amount of protein into it but it also provides a big boost of dietary fat that can be effortlessly converted into instantly useful energy. This dietary fat isn’t easily converted into body fat (unlike simple carbohydrates), allowing you to utilize the energy source right away without having to worry about creating fat later down the line.

On top of that, the extra dietary fat in whole milk which helps people fill up faster, which stops you from consuming other refined carbohydrates and sugary beverages which are known to have a very close link to the creation of diabetes in the human body.